In conclusion, answering complaints is a chore that is high on the list of duties that are placed on the “back burner”. Meanwhile, the letter samples will also show the response to customer complaint letter examples.

How To Write A Strongly Worded Letter Of Complaint

In both your personal and professional lives, you may occasionally find cause to write complaints. When that happens, you get much better results if you do it well. A written complaint offers a great demonstration of how to use the planning process.

In any situation, first, thoroughly review the pros and cons of putting a complaint in writing at all. You may not have achieved what you wanted or may feel disappointed, but written complaints last a long time – forever, more or less. People take written complaints and criticism very seriously. So never draft and send such a message in the heat of the moment. Step-by-step planning helps you remove yourself from the emotional context and attendant risks.

Bringing up the problem in a telephone or in-person conversation may be a smart way of dealing with the complaint, depending on the situation and whether you can keep your cool. For example, you might say, ‘Hi Jack, how’s it going? We noticed there’s a long delay ‘till our calls for service get handled.

What’s up?’ This is a good, neutral way to start the interaction.

If Call Or Conversation Fails, A Complaint Letter May Help

If making a call or having a conversation doesn’t seem to help, plan a letter. Suppose a supplier has disappointed you with the quality of goods or services delivered.

Perhaps computer maintenance work has been poorly performed. Articulating your goal is critical. Your goal in a complaint letter is never – no matter how you feel– to let off steam. Writing from anger is a self-indulgent approach that frequently boomerangs. You may not know an important part of the story, so proceed very cautiously before burning bridges. In any case, the world is small, and a person
you attack may have friends you may encounter in the future.

The Goal May Better Be Stated As One Or More Of The Following:

Controlling your tone also helps you achieve your purpose. Putting your reader on the defensive is never to your advantage. Stick to the facts, not how you feel. Adopt a tone that conveys an assumption that the problem can be fixed. As the saying says, no point biting off your nose to spite your face. Is the disappointing supplier the only one who has what you need? Will finding a new source threaten your production deadlines or up the costs? Review the ramifications to help you feel more objective. Resolve to give the other party a chance to perform.

For example, you can complain about a computer maintenance issue:

I looked into several complaints from three of my departments last week, and the records show that service on our network has been slow.

During the first quarter of this year, we made 16 calls to your office and in 12 cases, the response took two to three days. As you know, the network’s critical to all our operations and such delays are expensive for us.

Of course, this is not the service level we signed on for or experienced in the prior year.

Please look into this and get back to me at your earliest convenience. I’d like to know why the problem is happening and what steps you can take to deliver the service we need.

Thank you for your immediate attention. I hope these issues can be quickly resolved.
Best, Elaine

The tone and language are low-key and neutral, and Bob will notice that Elaine sees the problem as fixable. But he’ll have no trouble recognizing that the contract is at risk. Note how using specific facts supports the goal and provides the best shot at remedying the situation.

Want to learn more similar topic about how to write a strongly worded letter of complaint? Below are related examples:

Learn how to write a complaint letter 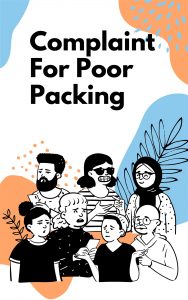 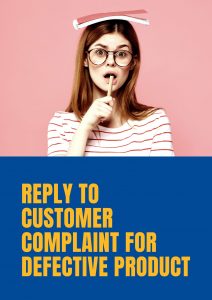 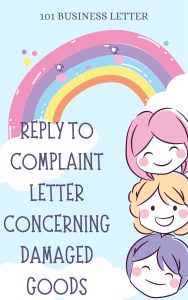